We’re a group of professionals in the fields of music, health, organisational development and the media. 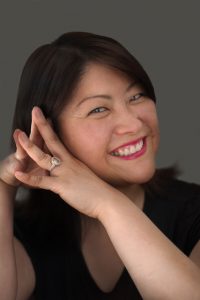 A scintillating performance… Pianist Grace Kim was brilliant.” The Press (NZ)
A Winston Churchill Fellow, concert pianist, artistic director and music educator Grace Kim believes that quality live music should be accessible to everyone with a desire to hear it.  Her Sensory Concerts® and Mountain Concerts series ensure that it does.
As a concerto soloist, Grace has performed with symphony orchestras of Australasia, Belgium, Russia, and Ukraine in some of the most prestigious venues. Respected by her peers, Grace is able to attract internationally-recognised colleagues to perform at her Mountain Concerts and Sensory Concerts® series.

Many of her performances have been broadcast on radio and television. In 2006 she performed before Her Majesty Queen Beatrix of The Netherlands and Australian Governor General Major General Michael Jeffery at 400th anniversary celebrations of Dutch-Australian contact.

In 2012, Grace performed before 200 international diplomats and ambassadors in Canberra, as well as in Parliament House for University of Melbourne 150-year celebration. She has also performed several times at the NSW Government House including at the Winston Churchill Fellowship’s 50th Anniversary National Convention before dignitaries.

Grace’s passion for chamber music has seen her regularly work with eminent artists, and in 2007/08 she was the Artistic Director of the Summer Concert Series in the celebrated Rijksmuseum in Amsterdam.
Returning after living and working in the Netherlands for eight years, Grace is now based in the Blue Mountains and Sydney.
A mother of two young children, Grace is an advocate for quality music education. She founded Sensory Concerts® to provide quality classical music concerts for children and adults with sensory/special needs.
Last year, Grace also made her debut as an author, with “Noah’s Story” written together with her son, about life with Asperger’s Syndrome. Noah’s Story is available globally at online.
Grace was a national finalist in 2018 AusMumpreneur Award in 2 categories: Making a Difference, and Big Idea Award. She was also nominated for 2019 Autism Spectrum Australia Recognition Award in the Advancement Award category, and a finalist for the 2019 Altitude Awards for the Purpose Driven Entrepreneurs Award.
Grace currently teaches in the Rising Stars Program at the Sydney Conservatorium of Music.

Jane has over 25 years’ experience providing assessment and treatment services to children and adolescents, adults and families in the public and private sector. She uses a family/person-centred approach to assist in addressing an individual’s core needs. This promotes effective intervention to assist individuals reach their full potential.

She has a special interest in helping children and adults overcome difficulties with anxiety, depression and emotional regulation. Jane has extensive experience assisting individuals with learning, developmental and intellectual disabilities and childhood behaviour difficulties.

Josey is the owner of Josey Sharpe Occupational Therapy and is dedicated to supporting every family she works with, to help their child reach their full potential so that they can actively participate in everyday activities.

Josey grew up in South Africa and moved to Australia in 2005. Josey graduated from the University of the Witwatersrand in Johannesburg, South Africa in 2004. She was educated and mentored at the undergraduate level in sensory processing. It was here that her passion for this area of occupational therapy was ignited.

Since moving to Australia, Josey has worked in both community and private paediatric settings. Since 2013, Josey has been organizing and leading social skills groups and school readiness groups in partnership with Nepean Speech and Language.

With over 15 years of physiotherapy experience, she has worked in major organisations and hospitals including St Vincent’s Hospital, War Memorial Hospital, The Children’s Hospital at Westmead and The Cerebral Palsy alliance.

Jenny helped to build the Orthopaedic Surgery service for children with Cerebral Palsy at The Children’s Hospital at Westmead, where she worked closely with leading Orthopaedic surgeons and Rehabilitation Specialists.

During her time at Performance health, Jenny was often confronted with the lack of neurological care providers outside of the health system. Rehab Therapies combines Jenny’s  knowledge and experience in clinical care and business.

Her vision for Rehab Therapies is to create a sustainable, holistic expert service for adult and children where clients are “Treated Like Family”.

Louise started her career as a Registered Nurse, with highlights including working and teaching overseas, as well as management and administrative roles.

A mother of three young children, Louise is passionate about accessibility and inclusion, with a particular interest in the disability and aged care sectors.

Helen Tobler is an experienced freelance journalist and writer based in the Blue Mountains, NSW. Before becoming a freelancer, Helen was a staff journalist for the national broadsheet newspaper The Australian for 10 years.

As a result of watching her mother’s experience as a cancer patient in hospital and palliative care, Helen believes there is a huge need for the therapeutic benefits of quality live music within the often impersonal and sterile environment of hospitals, and that elderly and not-so-elderly patients deserve the emotional escape that music can provide.

As a parent of two young children, Helen believes all children should have access to the benefits and joys of the arts, no matter what their circumstances or background.

Michelle is an experienced not-for-profit leader specialising in organisational and business development.  She is currently the Manager, Operations and Strategic Projects at the University of Sydney.

Underpinning Michelle’s career is a deep commitment to improving opportunities and outcomes for young people.

Michelle is the proud parent of two neuro-divergent children.  As a result of this personal experience, her tertiary music education and her long and proud relationship as a fundraiser for the performing arts, she has a unique understanding of the significance of Your Music.

“Hylkema’s intense, exciting but refined cello playing was full of eloquence and unhurried emotion… The mixture of bravura, boldness and subtlety in this cellist’s sincere and skilled communication captivated the audience.”  Sydney Arts Guide (Elgar Cello Concerto)
Teije Hylkema is the Principal Cellist of the Opera Australia Orchestra.
He moved from The Netherlands to Australia in 2012 and has worked as a guest principal with various orchestras including Sydney Symphony Orchestra and Tasmanian Symphony Orchestra before attaining the Principal position at Opera Australia Orchestra.
Teije has also performed in close collaborations with major art companies such as Opera Queensland, Opera Victoria, Australian Ballet, Orchestra Victoria, Australian Chamber Orchestra and Dance North.
In the Netherlands, Teije was the co-principal cellist at the Radio Kamer Filharmonie, an orchestra that specialized in baroque and modern repertoire with chief conductors Jaap van Zweden and Frans Brüggen.
He was also a regular guest in the Mahler Chamber Orchestra conducted by Daniel Harding and Claudio Abbado.
A dedicated chamber music player, both on modern and baroque cello, Teije has performed in many chamber music festivals throughout Europe and in Australia.
He is a founding member of Sensory Concerts® – a series of high quality concerts for children and adults with sensory/special needs.
Teije recently returned as the soloist for the Sydney production of “Verve” with the Opera Australia Orchestra, after a successful Melbourne Season with The Australia Ballet.
Teije plays a cello by Camillo Mandelli da Calco (1916).